A famous Kannada saying translated as: If you have a lot of money to spend go to Rona (Gokarna) , and if you are feeling over enthusiastic visit Yana. 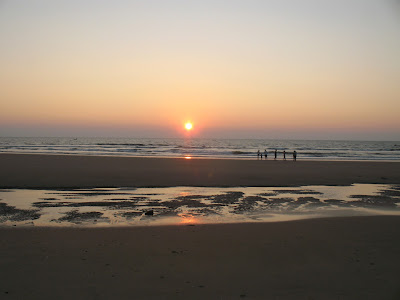 The coastal highway NH 66 connecting Kanyakumari to Mumbai is still a work in progress at a couple of places. The sizzling hot sun on the open road drained the energy soon after crossing Karwar. A long lunch break at Ankola to escape the sun was a wise decision. Leisurely lunch at Kamat Restaurant on the highway recharged us. Due to road work, there is no board announcing the deviation towards Gokarana. It was surprising because Gokarana is very popular amongst tourists, and it is the peak season. We rode on ahead at warp speed on the open highway. It was after 10 kilometres we realised we had crossed the deviation. The geography of Gokarna is similar to that of South Goa, Agonda in particular - forests close to the beach, stones scattered around the shores, a small hike to reach some seashore. These forests keep the weather cool and reduce the heat and humidity typical to a coastal province. Evenings and early mornings are pleasant.

We stayed near the main beach at a charming Airbnb, surrounded by paddy fields and a lot of greenery within the property. Wake up to the chirping of birds and watch the sunset from the beach, which is a mere 5-minute walk away. Plenty of food joints along the seashore serves the conventional menu - seafood, continental and Indian cuisine. Surya Café offers rooms to stay besides finger-licking good food freshly made. Not in the mood for a romantic meal? Head to Hotel Vaibhav, a family-owned restaurant where they prepare made-to-order food. The main beach is pristine, but the other commercial tourist beaches like Kudle and Om beach are tarnished with litter. 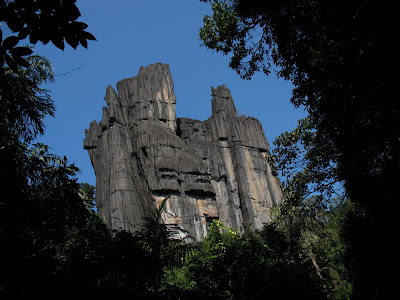 On the butter-smooth NH roads from Gokarna to Mangalore along the Aghanashini river deviate at Mirjan onto Sirsi-Kumta road for Yana Caves. You can stop at the elegant Mirjan fort on the way as well. Take a left turn into the dense forest road at Yana Cross and ride slowly – enjoy the gurgling stream along the road, make a pit stop at the bridges, listen to the birds. There is another route to Yana caves, which will take you to Vibhoothi falls and then to the north parking lot at Yana. You can’t cross from the Yana north parking lot to the south (Kumta side) by vehicle. Park your ride at the parking lot and buy tickets for entry. Tucked in the deep forest, the caves here is something one wouldn’t expect to see in the lush green forest of Western Ghats. A short but steep hike along the stream will take you to the famed Yana rock formations, where a temple is dedicated to Shiva. Leave your footwear and circumvent the temple to explore the caves in detail. Mind the numerous beehives on the rock formations and maintain silence to avoid disturbing them. You will get a glimpse of this wonder of nature - two giant rock hillocks - way before you reach the temple. 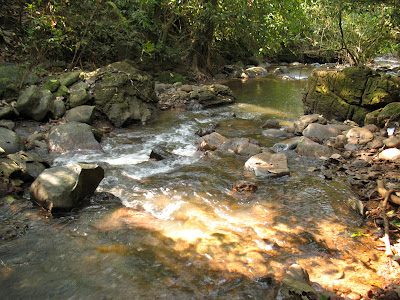 The legend associated with these caves tells us the story of a demon named Bhasmasura, who performed penance to Lord Shiva to obtain a boon. Whomever Bhasmasura placed his hands on would be reduced to ashes. An evil Bhasmasura wanted to test the boon on Lord Shiva. It is said that to escape from the wicked intention of Bhasmasura, Lord Shiva hid in these rock formations. Lord Vishnu taking the form of a beautiful dancer Mohini comes to the rescue and challenges Bhasmasura to a dance duel. While gaily dancing, the demon places his hand on his head and is immediately reduced to ashes. Well paved roads take you to the foot of the hillocks now, whereas, in the olden days, it used to be an arduous trek of around 16km through the dense forest.