The desire to go on a ride was so overpowering that it called for half day leave. It is always liberating to go on a solo ride. Remembering the unaccomplished trip, each time I saw the board on Hassan Road - indicating the deviation towards Kaidala, there were no second thoughts about the destination for the ride. 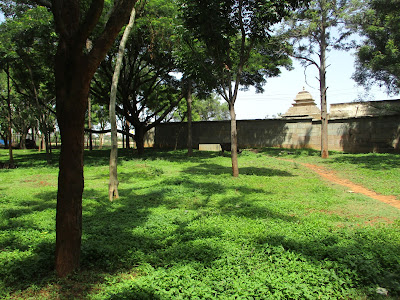 One kilometre from the Tumkur-Kunigal road at Gulur takes you to this unpretentious temple covered behind the plantation project – an initiative by the local government. The ancient Channakeshava temple at Kaidala is hidden amongst greenery giving it the authentic ASI site outlook. 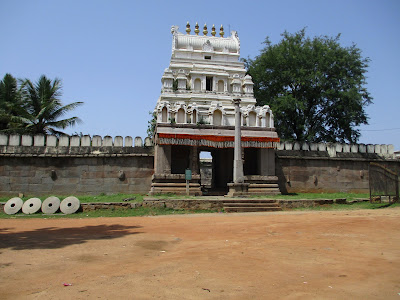 The temple, built during the reign of the Hoysalas, is small but dainty. The renowned sculptor Amarashilpi Jakanachari hails from the Kaidala hamlet. It is said that Jakanachari’s son Dankanacharya found a flaw in one of the sculptures carved by his father at Belur. The assertive Jakanachari challenged his son and vowed to cut off his right hand if the flaw existed. After a thorough assessment, a toad was found living inside the stone - a flaw according to sculptors. True to his words, Jakanachari cut his right hand off. In due course, Jakanachari had the vision to build the Channakeshava temple. Legend has it that after constructing the temple, his hand was restored. Hence the name Kaidala for the place. 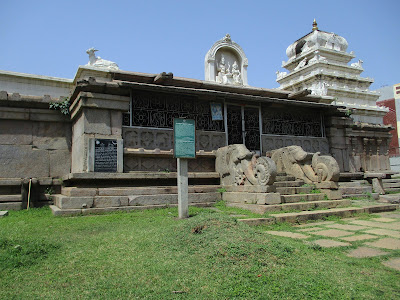 A small shrine next door is dedicated to Shiva. Having heard about the intricate carving of the main idol – Channakeshava, sculpted by Amarashilpi - it was disheartening to see the main Sanctorum locked behind the gates. Enquiring with the locals and not getting a positive response, I started to return. Dismissing the plan of riding back on the PB road, I come back via Kunigal. It has been a long-time dream (chirakaala abhilasham - couldn’t find the exact translation of this brilliant Malayalam word with the same punch) to see the Kunigal lake. Multiple attempts at combining it with other trips have been futile. Finally, the dream was realised during the return ride. And so, a long ride on Hassan Road brought the total distance to 245 kilometres. A good start for the weekend, I would say! 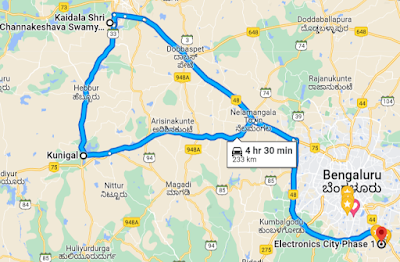