Exploring places far-off, we usually forget to appreciate what is in and around us. To annul this habit, we embarked on exploring places close to Bangalore. Channarayanadurga grabbed attention for more than one reason. Half a day can be spent surveying the remnants of the fort besides admiring the view from different vantage points. 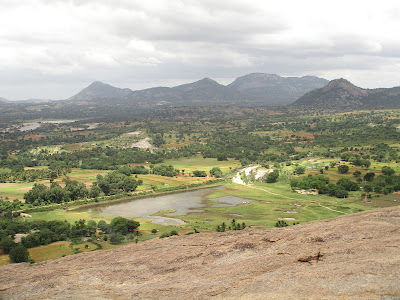 This piece of architecture was engineered by the not so eminent rulers of Madhugiri in the 17th Century. Fort has been occupied by Marathas, Mysore Wodeyars and eventually abandoned when it came under British rule. Treasure hunters have contributed immensely to the deterioration of the fort.

Consisting of three levels, the first is the strenuous part. The steep rock surface puts your cardiovascular fitness to a good test. Rock formations are fascinating, with beguiling contours made by flowing water. The landscape magnifies from a mere village to nearby water bodies, hills as far as your eyes can grasp, and a vast sky with feathery clouds. The scenery energises in the ascent, and soon fort walls are just a few steps away. 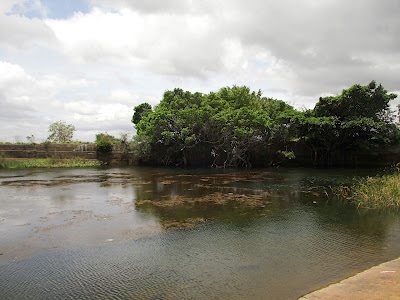 Walking inside the doorway of the fort takes you back in time. In the inner part sits a small pond undisturbed, in the company of a banyan tree. A compact temple on the shore, a tiny well, mantapa, forms the second level of the fort. The top of the fortress and the second rampart is visible from here. The climb here onwards is not demanding. Stroll around or sit by the pond, partaking in the tranquillity of the place. 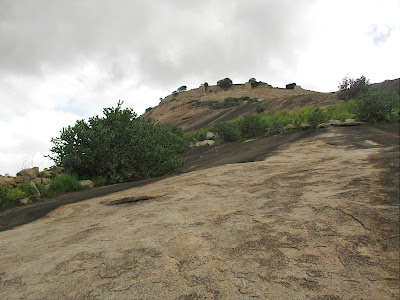 The rectangular structure in the last part of the fort contrasts with the circular fortification of the first level. Various paths lure you into exploring the ruins, do so at your own risk, depending on the risk appetite. Only one pathway takes you to the crown of the fort. It is noteworthy how we huff and puff to hike this fort, which many years ago was built without machinery and technology. 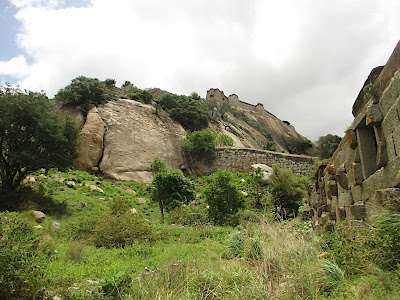