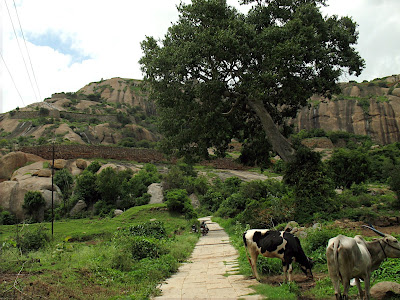 Interspersed with thick vegetation and rocky outcrops, Hutridurga has a hiker’s treasured path. At about 100 kilometres from Electronic City, this is another blissful place close to Bangalore. This hill is also known as Uttari Betta, quite famous amongst one-day hikes near Bangalore. It is easily doable on our own as the path is clear-cut, with well laid out steps in the beginning. Wear a good pair of shoes, as some rocks are still being chipped at several places towards the peak to make steps. A small shop run by a humble couple near the entrance arch is a good option to replenish your nourishment before starting the hike. 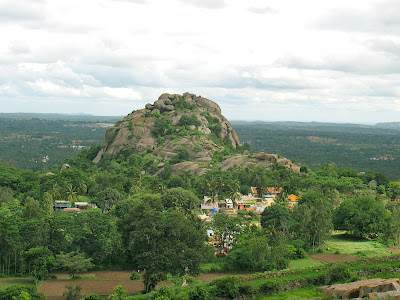 There are two ways to get to Hutridurga. For better roads and less confusion: Bangalore-Nelamangala-Solur-divert at Kunigal Magadi Road. Look out for the names Santepete, Uttari Betta or Hutridurga. This was around 102 kilometres from Electronic City. Another option is to come via Magadi, a shorter distance with 80 per cent good roads. The last 2 kilometres of the route, after the entrance arch, is under construction. 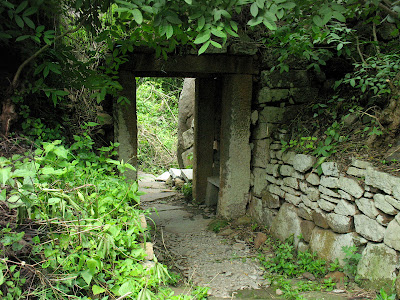 The fort was built by Kempegowda in the 16th Century. It was a military bastion of Tipu Sultan, which was later acquired by the British around 1791. It is one of the Navadurgas (nine fortified hills) around Bangalore. This fortress is renowned for its seven-tiered fortification. Crossing seven levels will lead you to the peak -home to a temple dedicated to Shiva. Traversing through doorways made of stone, we marvelled at the vivid green of monsoon. The little statue of Nandi is a guide to deviate from the trail and take the steps towards the summit. The steps are narrower and steep between two boulders. 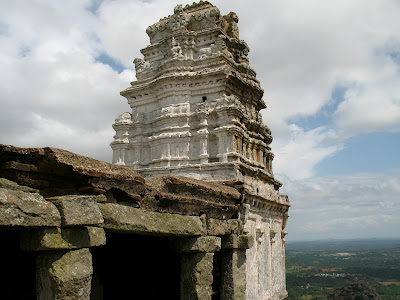 Trek is around 5 kilometres, and once at the peak, a strong breeze welcomes you. On a clear day, you should be able to see Savandurga hill from here. The view of villages, other hillocks and fields around is breathtaking. The convention of having a small pond near the temple is followed here as well. Various viewpoints can be explored but be cautious, as the path after the temple is not evident and can get isolated. If lucky, you could spot a few vultures, thanks to the close proximity of the Vulture Sanctuary in Ramanagara. This is a relaxed one-day trip, with good roads and a well-treaded path topped with spectacular scenery.

New comments are not allowed.