Wayanad on Duke - Conquering the twists and turns of highland 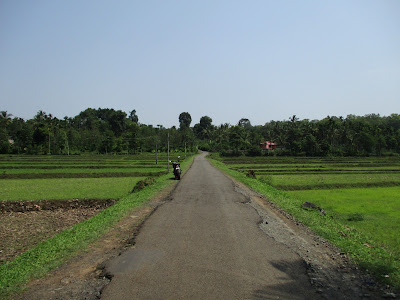 The truth is: I don't get weary of Wayanad.  My all-time favourite and must-do routes in Wayanad (especially on a motorcycle) are Thirunelly, Vaduvanchal and Pulpally. These are not destinations that I am particular about. Thirunelly route is mainly for the Kuttetan’s Unniappamam and (of course) the winding roads. The best part about Wayanad is any route you choose; winding roads are part of it. We went a step ahead and chose interior (narrow) roads to avoid the tourist traffic on main roads. Staying at a familiar Airbnb has its own advantages. Muttil was a good base for the rides we had in mind. An early start from Bangalore with a spectacular sunrise on the back alleys through Jigani, Anekal - the ride was a breeze. A new restaurant Udupi Hotel at the handpost, where we deviate to Barachukki falls, was a good place to stop for breakfast. Missing the turn at T.Narsipura and chasing the fine tarmac, we ended up at Mysore ring road - costing us an extra one-hour ride in peak traffic. Lunch was at the locally famous Thoufeeque restaurant. Dinner was at the relatively newly opened Oottupura that dishes put authentic Wayanad style cuisine. 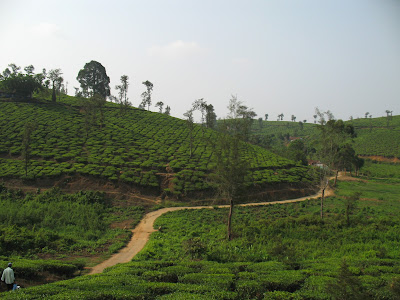 The Karapuzha dam was overflowing with tourists, and stopping there made no sense. Instead, a ride without a particular destination took us towards Meppadi through narrow interior roads. Lush tea gardens around Meppadi and Vaduvanchal are a treat to the eyes, and the winding roads (though a busy road) is a treat to ride on a motorcycle. 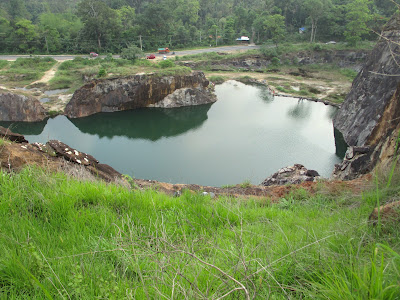 Savouring the popular snacks and tea from a roadside eatery, our ride continued onto Vaduvanchal. A deviation from the town brought us back towards Ambalvayal. A brief stop at Phantom Rock was refreshing. 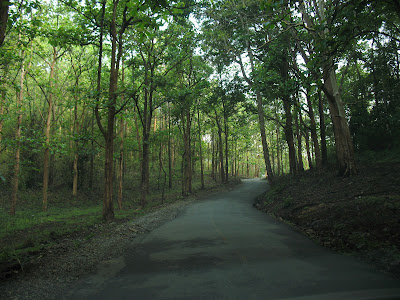 The next mission was to find the route through the teak plantations bordered by forest at Pakkom and Begur reserve forest. This magnificent route is travelled by locals. At a few places small roads take you along the paddy fields, letting you relish the greenery with mountains in the backdrop. The route goes through the forest in more than one place. The tall teak plantation accompanying the forest cover gives it a dark jungle feel. One more stop at Kuttettan’s unniappam shop and return ride through the main route via Mananthavady. 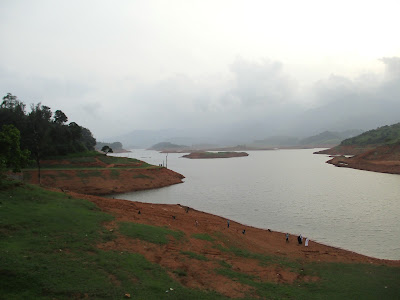 In the evening, we were back around the vicinity of Banasura Sagar Dam. A little away from the main tourist place, known as Banasura Cliff View, houses a small bridge protruding into the catchment water. The view of Banasura peak and the surrounding mountain ranges is breath-taking. 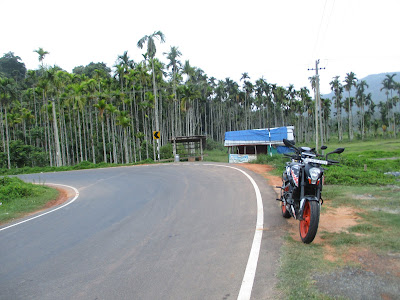 A chance coincidence was thrilling when we arrived at the same junction where we had taken photos of the car during the previous trip.

A trip to Mysore in December had taken us to Bavali, and the forest guards had denied permission to enter the forest. As retribution, we decided to end our trip by exiting at Bavali.  This stretch of the forest has narrow roads that are not in good condition. It is not possible to break the rule of the speed limit here. The traffic density is lower than the Bandipur-Muthanga route, so more time to enjoy the jungle. 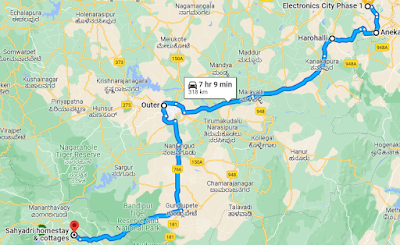 A short three-day ride with two days mostly spent on commuting between home and the destination. The onward journey was Ecity-Anekal-Harohalli-Kanakapura-T.Narsipura-Mysore(outer ring road)-Gundulpet-Muthanga-Bathery-Meenangadi-North Muttil. 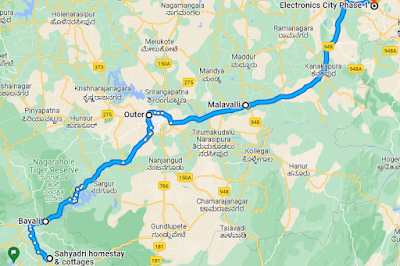 The return was North Muttil-Bavali-HD Kote-Mysore (outer ring road) – Malavalli – Kanakapura – Ecity. The stretch between Mysore and Malavalli is not in good condition. It is a respite that Kanakapura road has been asphalted and no longer contains crater-size potholes.