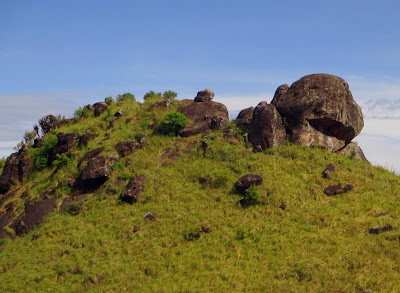 Ranipuram was known as Madathumala until the 1970s, and in 2011 there was significant funding from the government to start eco-tourism. There are two roads to get to Ranipuram, one from Panathur – a steep 5 km climb and another from Panathady with a gradual ascent of 9km. Enter the hiking trail by buying a ticket at the counter (Rs.30 for adults, Rs 10 for parking) open between 9 AM and 5 PM. The beginning of the walk is through the forest, and the rest is mainly in open grassland with occasional forest covers. An abandoned stone house on top is an ideal place to spend time with nature. Unfortunately, it is not functional. The hike takes about two hours to reach the top and ascend. The view from the top is stunning - overlooking the Western Ghats across Kerala and Karnataka. 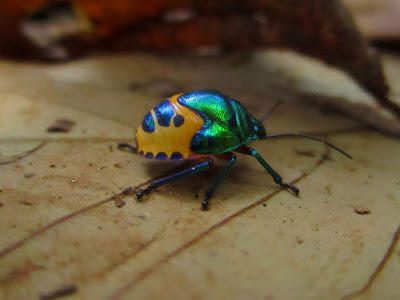 To experience the real jungle and to walk on the leech-infested trail, we headed to Kottancherry in a hired jeep. Kottancherry doesn't have any organised eco-tourism activities like at Ranipuram. You need to get permission from the Malom forest office to trek into the forest trails. Konnakkadu is the last civilisation on this route. Interestingly there were a couple of KSRTC buses at Konnakkadu going to Kottayam and Mundakkayam. Rubber plantations, churches, and these bus services show the origin of demographics at these hilly regions, where most people have migrated from Kottayam. Vellarikundu, Balal, Pulingome are the nearby towns. 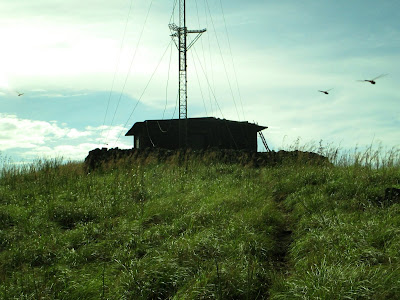 Our guide Kunjiraman helped us by sharing tobacco, which happens to be the best solution to avoid leech bites – still, we got multiple bites. He had lots of stories to share on our trail to Kurumpanmala. One of those amusing stories was about Karimbil Kunjikannan Nair, who was a zamindar in this area. He managed hectares of cardamom plantations, and the tribal people worked for him. Later the government reclaimed these plantations and retained them as forest. Kunjiraman pointed to an old building's remains and said it was the warehouse where the cardamom was stocked. Anyhow, this erstwhile zamindar is a revered figure in this area, with a primary health centre named after him at Malom. A strenuous one hour walk will take you to the peak through ten-foot-tall grass for the last 30min. Watch your steps and follow the guide closely. There are deep pits underneath. The mountaintop gives a magnificent 360-degree view of the western ghat mountain ranges spreading across Coorg, Kasargod and Kannur districts. Photography is strictly prohibited. 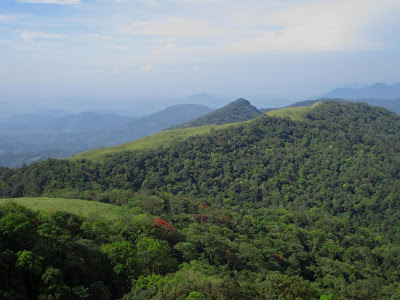 This trail goes next to the KL-KA forest border, clearly marked by a stone wall. Karnataka forest range is called Mundrot and measures 972 hectares. There is a 13km trekking trail from here to TalaCauvery through the forest. An important elephant corridor the KA forest officials have created watering holes for elephants, digging ponds inside the forest. You will find lots of elephant dung on this trail. It's a wonder how we humans have managed to draw borders even in the jungle, where there is no differentiation amongst the plant life or soil or even wildlife.


Contact Philip at 9495561801, popularly known as Kunjettan at Kolichal junction, if you need to hire a jeep to go through the hilly roads. He is an expert with his 1997 Mahindra CL500 and a good conversationalist.